The books published by e-qo represent the collection of heterogeneous documents often produced in parallel with the work of e-qo researchers, ie. data analysis, dissertations and master’s degrees.
e-qo publications are like large containers, where the work of several people developed in several years flows into. Each book presented in this section  carries the signature of the researcher who coordinated the work or wrote the text.
A characteristic of our editorial products is that they are collective texts that revive the feelings of community and give  Italian and European citizens a sense of belonging and participation. 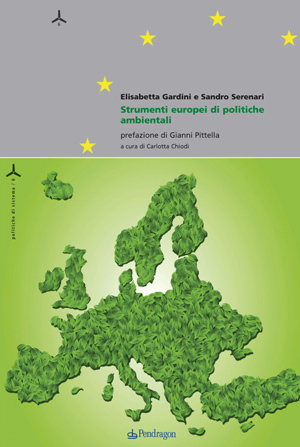 The book “Strumenti europei di politiche ambientali” (European environmental policies and tools) describes the role of the European institutions in promoting environmental policies through the analysis of the authors Elisabetta Gardini and Sandro Serenari, with contributions from 9 researchers. (Pendragon Publisher, in Italian) 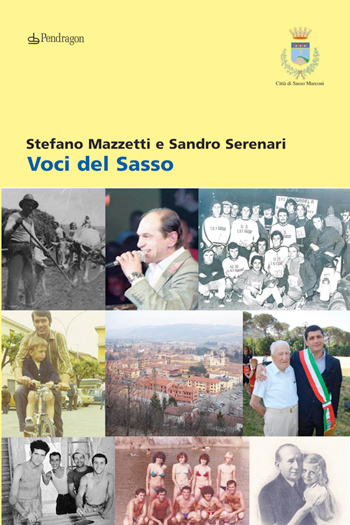 The book “Voci del Sasso” (Voices from Sasso) by Stefano Mazzetti and Sandro Serenari, describes the values of the territory of Sasso Marconi through the living testimonies of 100 citizens. It is a social- economic project that combines applied research with a participatory approach. (Pendragon Publisher, in Italian) 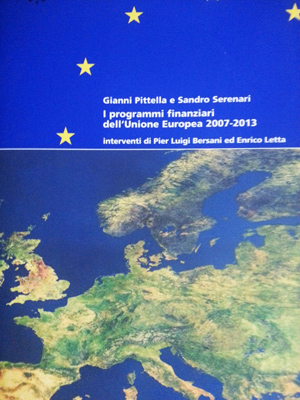 The book “La programmazione finanziaria dell’Unione europea 2007-2013” (Financial Programmes of the European Union 2007-2013) derives from a research project sponsored by the authors Gianni Pittella and Sandro Serenari, with the contribution of
e-qo researchers. (Pendragon Publisher, in Italian) 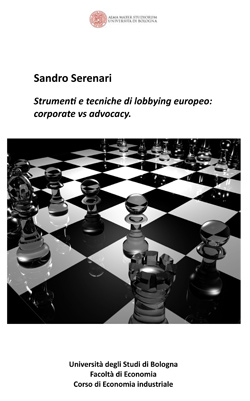 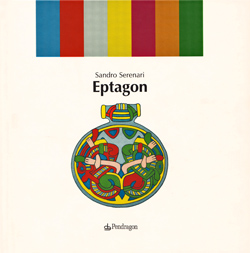 The book ”Eptagon“ is the illustrated catalogue of the program of Expo-lectures, international lectures and exhibitions on the topic of lobbying, written by author and professor Sandro Serenari with the support of a research group from UniBocconi and Luiss (Pendragon Publisher). 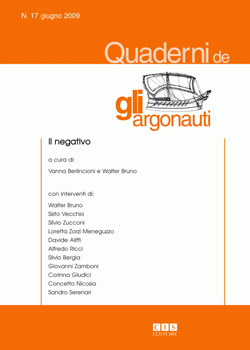 The book ”Quaderni de gli argonauti – Il negativo“ (Notebook of the argonauts. The negative) is a collection of writings by various scholars from diverse fields, such as psychoanalysis, art, photography, economic history , physics, chemistry, mathematics and physiology, who expressed arguments, demonstrating the amazing construction of the concept of negative valences. (CIS Publisher, in Italian) 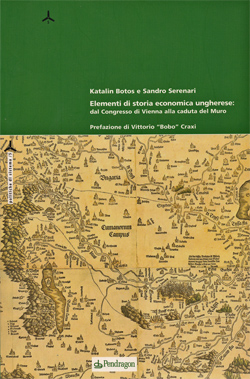 The book ”Elementi di storia economica ungherese: dal Congresso di Vienna alla caduta del Muro“ (Elements of Hungarian economic history: from the Congress of Vienna to the fall of the Wall), by Katalin Botos and Sandro Serenari is a reconstruction of the complex social and political events that have marked the history of Central and Eastern Europe. In the past two centuries past Budapest has been as the epicenter of culture and ideals. (Pendragon Publisher in Italian)
(Edizioni Pendragon) 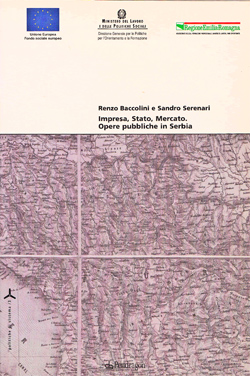 The book “Impresa, Stato, Mercato, Opere pubbliche in Serbia“ (Business, State, Market, Public works in Serbia) by Renzo Baccolini and Sandro Serenari traces the steps taken in the last decade by Serbia that has experienced war and has found in the program of rebuilding its infrastructure a way of peace and progress. (Pendragon Publisher in Italian) 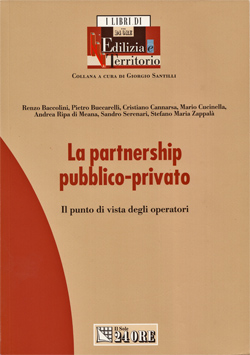 The book “La partnership pubblico-privato“ (The private-public partnership) is a collective work that brings together the views of all the stakeholders involved in the mechanisms of negotiation between the public and private sectors in the construction of public works. (Il Sole 24 Ore Publisher in Italian) 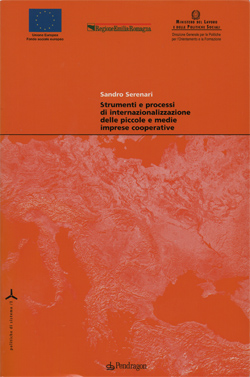 The book “Strumenti e processi di internazionalizzazione delle piccole e medie imprese cooperative“ (Tools and processes of internationalization of small and medium-sized cooperative enterprises) by Sandro Serenari describes the strategies and business decisions of SMEs struggling with the challenges of international markets through networks of alliances. (Pendragon Publisher in Italian)